Paper That Stands the Test of Time

Paper has a long history, dating back to the 2nd century BCE and has been a vital part of making our civilization, well, a civilization. Paper is an important part of evaluating, communicating and documenting our world. But in the last 30 years, the world has increasingly moved towards digital. Even with the myriad apps for driving, banking and even socializing, there is and always will be a place for paper. That’s right, paper spans generations and the ages. Here are just a few paper products that generations before us have relied on and which we will continue to use for generations to come:

Notebooks: The first thing you may imagine is the classic marbled composition book your grandparents, parents, or even you used in school. Notebooks also include journals, planners and diaries. And it turns out, writing in notebooks is tied to success and productivity. Of course, people have used paper to make notes for centuries and various forms of notebooks have cropped up. But, according to legend, it was not until the turn of the last century that the notebook, as we know it today, was created by Thomas W. Holley who stitched together paper scraps from various paper factories to create the first notepad.

Maps: It seems there are as many digital map apps than we can count, but none of them provide the reliability a paper road map can. And that is exactly why they still exist. After all, when we lose power or a wireless signal, we lose our ability to know where we are and where we are going. There is also consistency. While digital map apps vary in visual formats, paper maps have an official and consistent layout that does not confuse the user. And that has been true since the second century CE, when Claudius Ptolemy of Greece gathered documents relating to towns and geography and created what is now known as geography.

Identification: Who are we and how do we prove it? It turns out, paper knows all about us. And it is the documents we have that prove it. They have since biblical times, when,  King Artaxerxes of Persia granted one of his officials travel to Judea with a letter ensuring safe passage. Now, we all have archived birth certificates, diplomas, wedding certificates and even death certificates that show us, and others, who we are or were. If you want to build your family tree you need these pieces of paper proof. These documents are the most important pieces of paper in our lives and so valuable that only paper will do.

Communication: Birthday cards, holiday cards, even thank you cards. There is nothing like receiving a card or a letter from loved ones. While email and social media are new ways to communicate, nothing beats receiving a message that you know took time and thought. Along with letters, postcards have been around for more than 80 years. Even if we don’t send them to loved ones, they are often our most loved, go-to souvenir of the places we have traveled.

Gift giving: Gift wrap was created in China where monetary gifts were often wrapped in paper. Paper gift wrap, the kind with patterns and festive designs, was introduced to the U.S. by the Hall Brothers in 1917. So, the gift wrap your great, great, great grandparents used is the same type of gift wrap we use today. And since half the fun of receiving gifts is opening them, we don’t see gift wrap going anywhere soon.

Play time: How did you learn how to play cards? We bet it was from a grandparent. And chances are they learned from their grandparents and so on. The first known card game, known as “game of leaves” was played in ninth century China. These age-old decks of cards have provided countless entertainment for generations both as an individual and group activity. Just the tactile feel of the cards in our hands, and the math and memory skills we develop as children using them, means they are a productive way to spend time with those we love.

Bullet Journals Decoded: How to Make the Method Work for You

How to Make a New Year’s Resolution Checklist 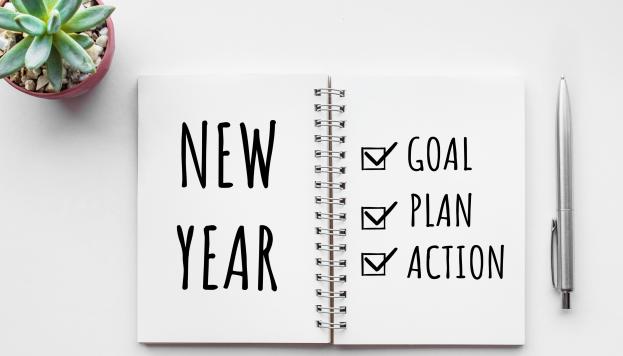 Print Your Own Customizable Planner Pages for 2022