Penning A Novel by Hand

If you're an aspiring writer, a blossoming novelist or a seasoned author, you know mapping out a story takes time. When inspiration strikes, turn to paper to keep your creativity flowing. So pour a cup of coffee and take it old school by writing that novel like many of our favorite authors do - in longhand.

Writing on paper allows writers to keep the focus on the work and the work alone. “There are no digital distractions,” as Michael Cahlin states in The Writer. Without the temptation of checking emails and checking Facebook, “I’m better able to marshal my thoughts and creative energies.” He goes on to cite that going slower with pen and paper will increase your productivity and prose in the long term.

Author Patrick McLean agrees. In his Lifehacker article, A Defense of Writing Longhand, McLean writes of the benefits of writing a novel, at least the first draft, in longhand. According to McLean, one can compose with “a long, flowing, and delightfully irregular script that fills the page like a river of words. I sit down with a pen and a piece of paper and a thousand words roll out in a flash. And not only does it often take less time than typing, I think I write better longhand.” 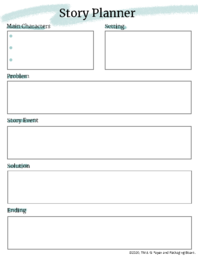 In fact, many authors turn to writing in longhand for inspiration as well as increased productivity and creativity. Here are just a few authors who find that placing pen to paper when writing is as important as composing the actual prose:

Joyce Carol Oates, in a 1978 interview in the Paris Review, Oates spoke of writing her first drafts only on paper. “I've written my last several novels in longhand first … And now everything finds its initial expression in longhand.”

Neil Gaiman, author of Stardust, American Gods and The Graveyard Book, told BuzzFeed in 2015, "I started with Stardust: It was (in my head) being written in the 1920s, so I bought a fountain pen and a big notebook and wrote it by hand to find out how writing by hand changed my head. … I discovered that I enjoyed messing about with fountain pens, I even liked the scritchy noise the pen nib made on the paper.”

Amy Tan writes her novels on a computer, but before they ever get to the keyboard, they are thought through by hand. It is through journals and paper that she works out the novel’s aspects. Tan told the Daily Beast in 2013, “I map out some of it, through the journals. I like doing it with journals, because I can jot down ideas quickly, and then write in the margins arrows that will connect one thing to the other.”

J.K. Rowling, was asked in a 2004 interview with Amazon.co.uk if she wrote by hand or on a computer, “I still like writing by hand. Normally I do a first draft using pen and paper … For some reason, I much prefer writing with a black pen than a blue one, and in a perfect world I'd always use "narrow feint" writing paper.” The author reconfirmed this in 2017 in a tweet.

Jhumpa Lahiri, the Pulitzer prize winning author of the Interpreter of Maladies takes notes and makes extensive edits on paper. In a 2013 interview in Harper’s Bazaar, the author explained, “I write a lot of loose things and take notes longhand. After a certain point I’ll type up a bit and print it out and my favorite thing to do is sit with a sheaf of printed pages and then take a pen and go through it. I end up writing a lot of things in the margin that end up being more important.”

Stephen King has been known to work in longhand often and wrote his novel Dreamcatcher completely in longhand while he was recuperating after a 1999 car accident. In an interview with Bryant Gumbel, King explained writing in longhand brought the “act of writing back to its very basic level.”

So let's heed the advice from the masters. Break out some paper and write yourself a novel. What have you got to lose? Certainly not creativity and productivity.

The Art and Benefits of the Thank-you Note