We know Frances Quinn best as a baker. After all, she is the 2013 winner of the Great British Baking Show (known as the Great British Bake Off in Britain) and wowed judges and viewers alike with both style and substance. But there is a secret ingredient to many of her fancifully designed and delicious bakes. That would be paper.

After all, paper has always played an important part of Quinn’s life.

First there was her father’s bookstore where, as a child, Quinn would always find herself flitting between the pages of the children’s and cookery books. She would go on to pursue her love of illustration at school. Eventually she would study textile design at Nottingham Trent University. “I discovered printed textiles and it was like, oh it is like drawing, but with the added extra of including more color and texture,” says Quinn. By the time she appeared on the Great British Baking Show, Quinn was working as a children’s wear designer at Joules clothing brand. 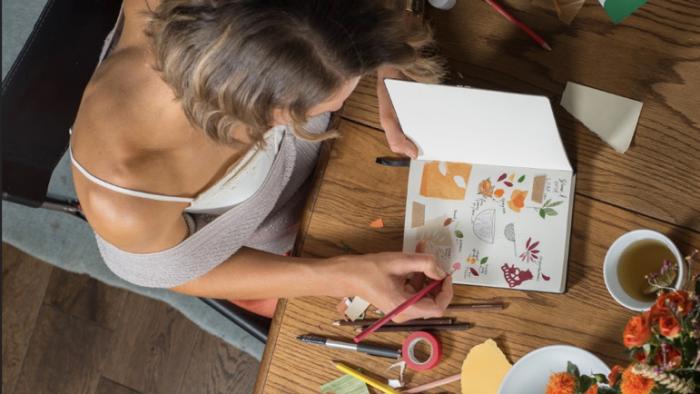 These days Quinn is busier than ever. And paper continues to be essential in her success. She writes on her website, FrancesQuinn.com, “Sketching up designs and pairing them with a recipe helps to feed both mine and other people’s creative appetite before I even reach for a spoon.” In addition to her work in baking, she published her first cookbook, Quinntessential Baking. She is in the planning stages of her next cookbook which will include more of her imaginative and inventive sketches. And she hopes to complete the path she created at her father’s bookshop all those years ago by writing and illustrating a children’s book.

How Life Unfolds spoke with Quinn about what role paper plays in her work.

We have seen you described as a textile designer, a baker, an artist. What would you call yourself?

I find it very weird when people say she was a designer because I just say I swapped designing with fabric to food. I love the creative process of coming up with my ideas, both edible and non-edible. If I had to have a job description on LinkedIn, I would call myself a creative culinary conductor because I am involved in both the producing and directing of the creation.

As a conductor, in this orchestra, how important is paper and the process?

It is incredibly important. I guess my mind is sort of like the page of a sketchbook. Because the images come very fast in my head. One issue I had on the [Great British Baking Show] was when judges Mary and Paul would come to our work stations and say, “Tell us about your bake.” I would start saying, “Oh I am going to be creating a musical puff pastry selection inspired by Edith Piaf,” and I could see them trying to work that one out. They would come back in two hours and would say, “Oh I see.” 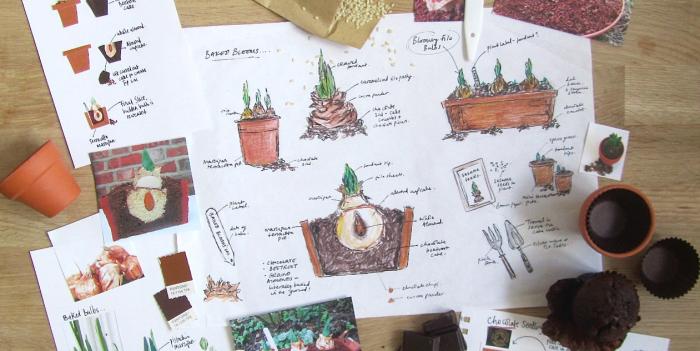 Conveying your ideas on paper would have made it easier?

I so wanted to be able to grab a piece of paper and a pen just to sketch them out to help visualize the bake. I think others can only understand it once it is made and when jotting down a few rough designs for people to see the process. That is one aspect of the process I would have liked to share more on the show.

Did you do a lot of sketching with your bakes when you were on the Great British Baking Show?

I had a sketch book so yes. I have sketches of the giant sandwich cake and the cake with the squirrels. There were many pages for when I was trying to work out what I was going to do. I had one for bread week but then it petered off a bit because the competition was intense.

Do your designs on paper change? Do you start with one idea and create multiple paper drafts?

They sometimes leapfrog, like sometimes I have an idea and then I will go in and it won’t always work like how I first saw it or something may have gone wrong, but I can adapt it into a different design. Mistakes aren’t always a negative. The positive with working in food is that you can sometimes eat your mistakes … I find I start a bake, stop and jot down ideas and then head back to the kitchen. It is a tennis match between paper and kitchen and so it is a union between the two. 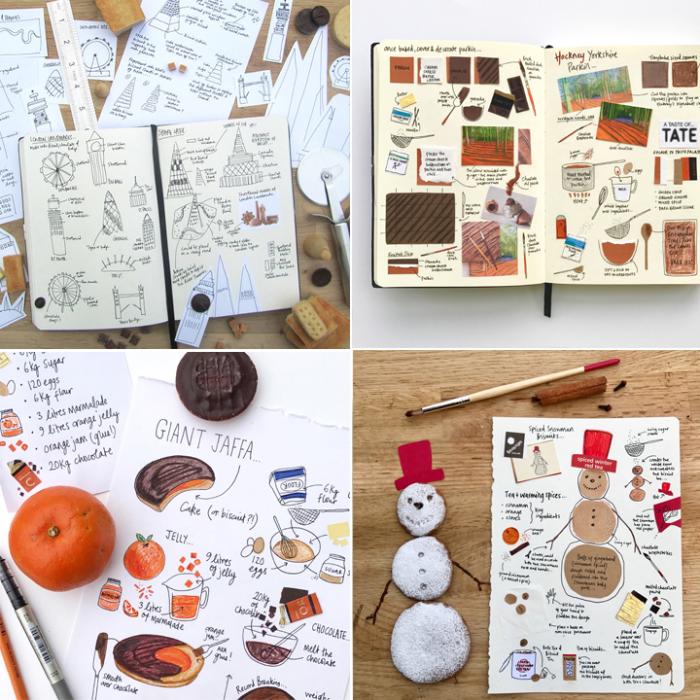 When you are sketching the bakes and displaying them, we assume you are using a substantial paper? What kind of paper do you work with?

Yes, I do. It is also useful to have grease proof and parchment paper to do drawings on but yes, I do quite like the thicker paper. I use more white, some more ivory, so I have a whole stockpile of papers. I can’t throw anything away. I see inspiration in everything, even the insides of envelopes.

We noticed aside from sketching you do collages.

Yes, I love collages. I think that is where the textile and texture come in. And I love using chocolate bar wrappers. I just love that whole layering up. I play a lot with different textures of paper. I love artists such as Matisse and the illustrator Eric Carle. My sketchbook pages for my Matisse inspired ‘Blueberry Nude’ cheesecake for the Tate, is one of my favorites, cheesecake too!

For children’s books I love Quentin Blake and also Oliver Jeffers for their illustrative imagination and style. When it comes to artists, I am really drawn to David Hockney, that was why it was so great to sketch and make the Hockney inspired creations again for the Tate. As for Instagram, I follow lots of different creatives who work across different mediums including Abigail Brown, Jessica Dance, Isobel Barber and Sophie Kinns.

One last question. When you use paper is there a therapeutic quality to it? Or is it primarily a way to work through your bakes. We know sketching and working artistically with paper can be both and so much more. What is it that you think you get out of it?

I definitely feel there’s a strong relationship and correlation between sketching/collage as a form of therapy. Like with reading and running (where I get a lot of my ideas from) you can lose yourself and escape to another world. While at the same time working through things in your own head as you create something new on paper. There’s something therapeutic about using your hands, to draw, cut and work with, rather than the tap, tap of typing on to a keypad. 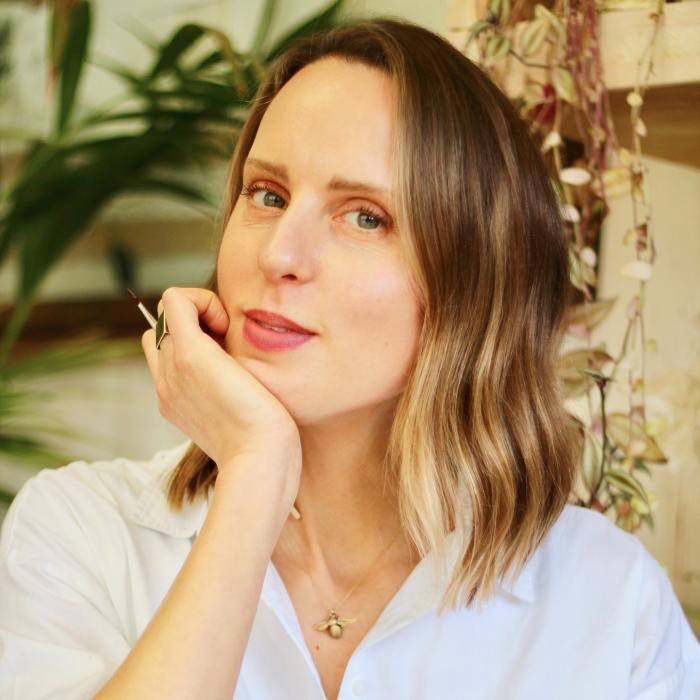 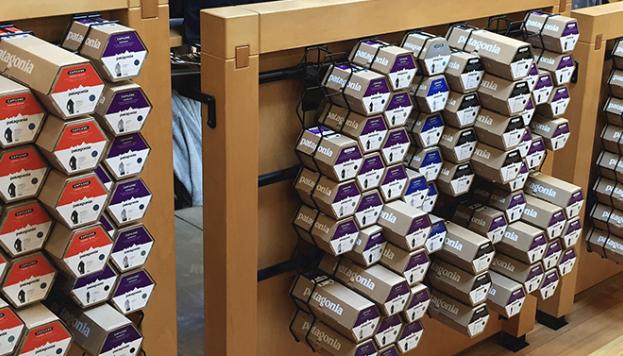 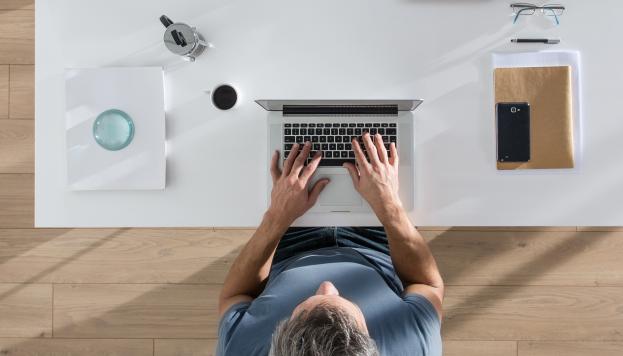 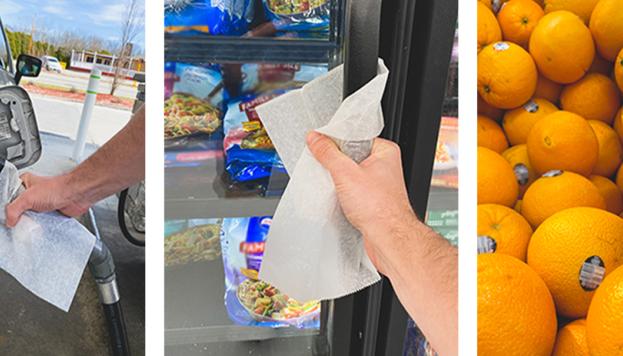