Let’s make it rain! Brainstorms have an important role in the workplace, and we’ve come up with some ways to make them better.

Our deck of brainstorming prompt cards gives you 52 ways to turn your ’storm sessions from drizzle to downpour. It features icebreakers (“Play a game of telephone”), conceptual exercises (“Imagine making a time capsule. What goes inside?”) and invitations to free your thinking (“Don’t break the next silence”). Download them, print them out, glue the pages to sheets of card stock and cut them up—you’ll be left with a deck of brainstorming session ideas that can help make your meetings more productive. 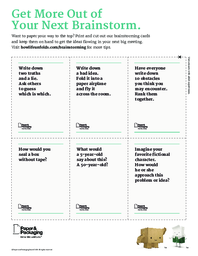 If you’re ready to try a different spin on the traditional brainstorm, though, there’s another technique your team might want to give a shot for heightened productivity, greater equity among team members and a faster decision-making process.

Brainwriting—so called because it emphasizes written contributions that ladder up to oral contributions and a final decision—is one of the brainstorming techniques that is becoming popular in leading organizations. Google Ventures reportedly uses the approach, calling it “note-and-vote” because in its iteration, people individually make notes of their ideas, then vote on them as a group.

This approach to brainstorming techniques has been shown to be more productive than regular unstructured sessions. Standard brainstorming—everyone in a room with the freedom to talk, with ideas developing as group members tease them out—has its place as a team-building exercise, but it has shortcomings when it comes to the nitty-gritty. Without a structure like the type provided by our downloadable brainstorm cards, it can lead to groupthink, with participants simply echoing what they’re hearing from others, and it can inhibit some team members who are afraid the group will shoot down their ideas.

If note-and-vote feels right for your workplace, try one of these brainstorming session ideas below, each a variation of brainwriting:

Each example of brainstorming activities listed above brings a different flair to a group’s session—and each has potential to maximize your team’s time, talent and energy.

If you're looking for more ways to be productive, take a look at these printable templates. 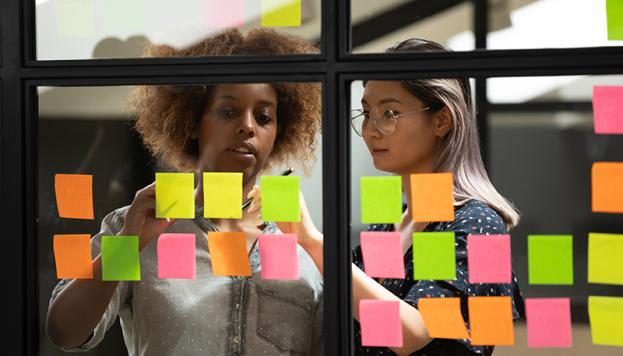 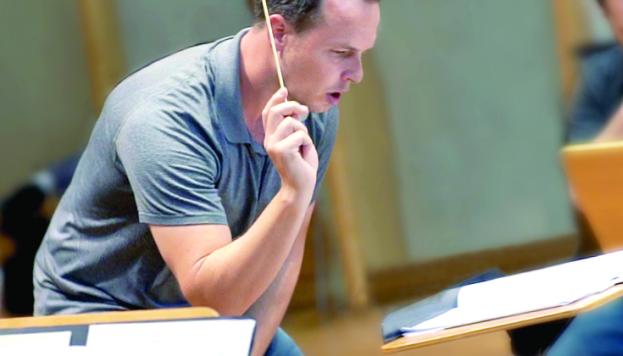