10 Little Facts About Louisa May Alcott

Born on November 29, 1832, Louisa May Alcott led a fascinating life. Besides enchanting millions of readers with her novel Little Women, she worked as a Civil War nurse, fought against slavery, and registered women to vote. Here are 10 facts about the celebrated author.

1. Louisa May Alcott had many famous friends.

Louisa's parents, Bronson and Abigail Alcott, raised their four daughters in a politically active household in Massachusetts. As a child, Alcott briefly lived with her family in a failed Transcendentalist commune, helped her parents hide slaves who had escaped via the Underground Railroad, and had discussions about women’s rights with Margaret Fuller.

Throughout her life, she socialized with her father’s friends, including Henry David Thoreau, Ralph Waldo Emerson, and Nathaniel Hawthorne. Although her family was always poor, Alcott had access to valuable learning experiences. She read books in Emerson’s library and learned about botany at Walden Pond with Thoreau, later writing a poem called "Thoreau’s Flute" for her friend. She also socialized with abolitionist Frederick Douglass and women’s suffrage activist Julia Ward Howe.

As a teenager, Alcott worked a variety of teaching and servant jobs to earn money for her family. She first became a published writer at 19 years old, when a women’s magazine printed one of her poems. For reasons that are unclear, Alcott used a pen name—Flora Fairfield—rather than her real name, perhaps because she felt that she was still developing as a writer. But in 1854 at age 22, Alcott used her own name for the first time. She published Flower Fables, a collection of fairy tales she had written six years earlier for Emerson’s daughter, Ellen.

Before writing Little Women, Alcott wrote Gothic pulp fiction under the nom de plume A.M. Barnard. Continuing her amusing penchant for alliteration, she wrote books and plays called Perilous Play and Pauline’s Passion and Punishment to make easy money. These sensational, melodramatic works are strikingly different than the more wholesome, righteous vibe she captured in Little Women, and she didn’t advertise her former writing as her own after Little Women became popular.

4. She wrote about her experience as a Civil War nurse.

In 1861, at the beginning of the U.S. Civil War, Alcott sewed Union uniforms in Concord and, the next year, enlisted as an army nurse. In a Washington, D.C. hotel-turned-hospital, she comforted dying soldiers and helped doctors perform amputations. During this time, she wrote about her experiences in her journal and in letters to her family. In 1863, she published Hospital Sketches, a fictionalized account, based on her letters, of her stressful yet meaningful experiences as a wartime nurse. The book became massively popular and was reprinted in 1869 with more material.

5. She suffered from mercury poisoning.

After a month and a half of nursing in D.C., Alcott caught typhoid fever and pneumonia. She received the standard treatment at the time—a toxic mercury compound called calomel. (Calomel was used in medicines through the 19th century.) Because of this exposure to mercury, Alcott suffered from symptoms of mercury poisoning for the rest of her life. She had a weakened immune system, vertigo, and had episodes of hallucinations. To combat the pain caused by the mercury poisoning (as well as a possible autoimmune disorder, such as lupus, that could have been triggered by it), she took opium. Alcott died of a stroke in 1888, at 55 years old.

6. She wrote Little Women to help her father.

In 1867, Thomas Niles, an editor at a publishing house, asked Alcott if she wanted to write a novel for girls. Although she tried to get excited about the project, she thought she wouldn’t have much to write about girls because she was a tomboy. The next year, Alcott’s father was trying to convince Niles to publish his manuscript about philosophy. He told Niles that his daughter could write a book of fairy stories, but Niles still wanted a novel about girls. Niles told Alcott’s father that if he could get his daughter to write a (non-fairy) novel for girls, he would publish his philosophy manuscript. So to make her father happy and help his writing career, Alcott wrote about her adolescence growing up with her three sisters. Published in September 1868, the first part of Little Women was a huge success. The second part was published in 1869, and Alcott went on to write sequels such as Little Men (1871) and Jo’s Boys (1886).

7. She was an early suffragette.

In the 1870s, Alcott wrote for a women’s rights periodical and went door-to-door in Massachusetts to encourage women to vote. In 1879, the state passed a law that would allow women to vote in local elections on anything involving education and children—Alcott registered immediately, becoming the first woman registered in Concord to vote. Although met with resistance, she, along with 19 other women, cast ballots in an 1880 town meeting. The Nineteenth Amendment was finally ratified in 1920, decades after Alcott died.

8. She pretended to be her own servant to trick her fans.

After the success of Little Women, fans who connected with the book traveled to Concord to see where Alcott grew up. One month, Alcott had a hundred strangers knock on the door of Orchard House, her family’s home, hoping to see her. Because she didn’t like the attention, she sometimes pretended to be a servant when she answered the front door, hoping to trick fans into leaving.

9. Alcott never had children, but she cared for her niece.

Although Alcott never married or had biological children, she took care of her orphaned niece. In 1879, Alcott’s youngest sister May died a month after giving birth to her daughter. As she was dying, May told her husband to send the baby, whom she had named Louisa in honor of Alcott, to her older sister. Nicknamed Lulu, the girl spent her childhood with Alcott, who wrote her stories and seemed a good fit for her high-spiritedness. Lulu was just 8 when Alcott died, at which point she went to live with her father in Switzerland.

At 399 Lexington Road in Concord, Massachusetts, tourists can visit Orchard House, the Alcott family home from 1858 to 1877. Orchard House is a designated National Historic Landmark, and visitors can take a guided tour to see where Alcott wrote and set Little Women . Visitors can also get a look at Alcott’s writing desk and the family’s original furniture and paintings. 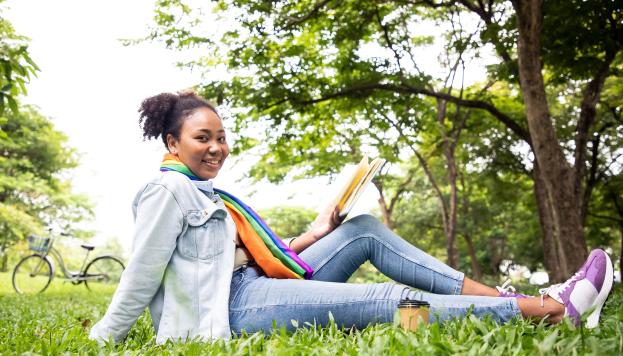