Mark Twain is widely considered the author of the first great American novel—The Adventures of Huckleberry Finn—but his rollicking tales aren’t the only legacy he left behind. His poignant quotes and witticisms have been told and retold (sometimes erroneously) over the last century and a half, and his volume of work speaks for itself. Over the course of his legendary career, Twain—real name Samuel Langhorne Clemens—wrote more than a dozen novels plus countless short stories and essays and still found time to invent new products, hang out with famous scientists, and look after a house full of cats.

Today, on the 183rd anniversary of Twain’s birth in Florida, Missouri, we’ve compiled a list of things you might not know about the famous humorist, satirist, and storyteller.

1. Mark Twain is a nautical reference.

Like many of history’s literary greats, Mark Twain (né Samuel Langhorne Clemens) decided to assume an alias early on in his writing career. He tried out a few different names—Thomas Jefferson Snodgrass, Sergeant Fathom, and, more plainly, Josh—before settling on Mark Twain, which means two fathoms (12 feet) deep in boating jargon. He got the idea while working as a steamboat pilot on the Mississippi River—a job he held for four years until the Civil War broke out in 1861, putting a halt to commerce. (However, another popular theory holds that he earned the nickname in a bar. According to reports in a couple of 19th-century newspapers, he’d walk into a pub and call out “mark twain!,” prompting the bartender to take a piece of chalk and make two marks on a wall for twain—two—drinks. Twain denied this version of events, though.)

2. In addition to being a steamboat pilot, Mark Twain also worked as a miner.

Shortly after his stint on The Big Muddy, Twain headed west with his brother to avoid having to fight in the war. He took up work as a miner in Virginia City, Nevada, but the job wasn't for him. (He described it as "hard and long and dismal.") Fortunately for Twain, he didn’t have to work there long. In 1862, he was offered his first writing job for Virginia City’s Territorial Enterprise newspaper, where he covered crime, politics, mining, and culture.

3. A story Mark Twain heard in a bar led to his "big break."

In 1864, Twain headed to Calaveras County, California in hopes of striking gold as a prospector (he didn’t). However, it was during his time here that he heard the bartender of the Angels Hotel in Angels Camp share an incredulous story about a frog-jumping contest. Twain recounted the tale in his own words in The Celebrated Jumping Frog of Calaveras County. It was published in 1865 in The New York Saturday Press and went on to receive national acclaim.

4. It took Mark Twain seven years to write The Adventures of Huckleberry Finn.

Twain started writing the sequel to The Adventures of Tom Sawyer in 1876, but he wasn’t too pleased with his progress. After writing about 400 pages, he told a friend he liked it "only tolerably well, as far as I have got, and may possibly pigeonhole or burn" the manuscript. He put the project on the back burner for several years and finally finished it in 1883 following a burst of inspiration.

5. Mark Twain invented a board game.

While Twain was putting off writing The Adventures of Huckleberry Finn, he was busy working on a game he dubbed Memory Builder. It was originally supposed to be an outdoor game to help his children learn about England’s monarchs, but he ended up turning it into a board game to improve its chances of selling. However, after two years of work, it was still too convoluted to be marketable and required a vast knowledge of historical facts and dates. That didn’t stop him from patenting the game, though.

Memory Builder wasn't Twain's only invention; he also patented two other products. One was inspired by his love of scrapbooking, while the other came about from his hatred of suspenders. He designed a self-adhesive scrapbook that works like an envelope, which netted him about $50,000 in profits. His “improvement in adjustable and detachable straps for garments” also ended up being useful, but for an entirely different purpose than Twain originally intended. According to The Atlantic, “This clever invention only caught on for one snug garment: the bra. For those with little brassiere experience, not a button, nor a snap, but a clasp is all that secures that elastic band, which holds up women's breasts. So not-so-dexterous ladies and gents, you can thank Mark Twain for that."

Only one video of Twain exists, and it was shot by none other than his close friend, Thomas Edison. The footage was captured in 1909—one year before the author died—at Twain’s estate in Redding, Connecticut. He’s seen sporting a light-colored suit and his usual walrus mustache, and one scene shows him with his daughters, Clara and Jean. On a separate occasion that same year, Edison recorded Twain as he read stories into a phonograph, but those audio clips were destroyed in a fire. No other recording of Twain’s voice exists.

8. MARK TWAIN DID WEAR WHITE SUITS, BUT NOT AS OFTEN AS YOU MIGHT THINK.

When you think of Mark Twain, you probably picture him in an all-white suit with a cigar or pipe hanging from his lips. It’s true that he was photographed in a white suit on several occasions, but he didn’t start this habit until later in life. According to The Mark Twain Boyhood Home & Museum, “In December 1906, he wore a white suit while appearing before a congressional committee regarding copyright. He did this for dramatic emphasis. Several times after that he wore white out of season for effect.” He also refused to trade his white clothes for “shapeless and degrading black ones” in the winter, no matter how cold it got. So take that, people who subscribe to the “no white after Labor Day” rule.

Twain really, really liked cats—so much so that he had 19 of them at one time. And if he was traveling, he would “rent” cats to keep him company. In fact, he had a much higher opinion of felines than humans, remarking, “If man could be crossed with the cat, it would improve man, but it would deteriorate the cat.” He also had a talent for coming up with some great cat names; Beelzebub, Blatherskite, Buffalo Bill, Sour Mash, Zoroaster, Soapy Sal, Pestilence, Bambino, and Satan were just a few of the kitties in his brood.

Twain is one of the most misquoted authors in history. According to one quote wrongfully attributed to him, “It is better to keep your mouth shut and appear stupid than to open it and remove all doubt.” What Twain actually said was, “[He] was endowed with a stupidity which by the least little stretch would go around the globe four times and tie.” There are many, many examples of these.

11. Mark Twain accurately predicted when he would die.

When he was born on November 30, 1835, Halley’s Comet was visible from Earth. It appears roughly every 75 years, and Twain predicted he would die the next time it graced the sky. As he put it in 1909, “I came in with Halley’s Comet in 1835. It is coming again next year, and I expect to go out with it. It will be the greatest disappointment of my life if I don’t go out with Halley’s Comet. The Almighty has said, no doubt: ‘Now here are these two unaccountable freaks; they came in together, they must go out together.’ Oh, I am looking forward to that.” He ended up passing away at his Connecticut home on April 21, 1910, one day after Halley’s Comet appeared in the sky once again.

Why You Should Be Reading 15 Pages a Day 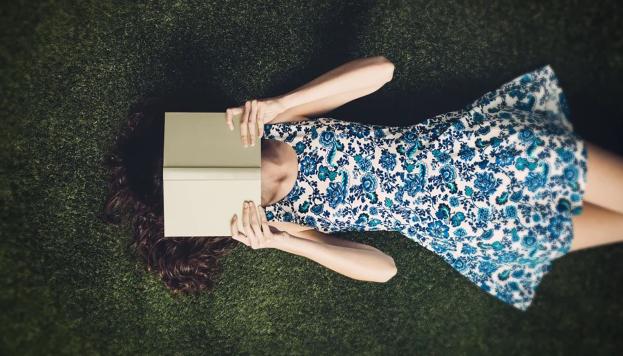